This one is going to be short and sweet. I just had to share this recipe I made a bit ago and it is such an easy one! You probably have all the stuff to make it in your pantry right now!

I made some just to nibble on and I brought the rest to work to share with the girls- they were gone in a heartbeat. Which is always a compliment 🙂
Make these, and have a coffee date with someone.
~K

Preheat oven to 285 degrees and line a baking sheet with parchment paper.

In your stand mixer (or using electric whisks) whisk the egg whites and salt on high speed until frothy.

Add corn starch and sugar (1-2 TBSP at a time) gradually and continue whisking.

Add the sugar in small quantities until the end of the process- about 15 minutes.

At about 13 minutes add the VIA or instant coffee and vanilla. Taste the mixture and add more vanilla if you like.

When the egg whites form stuff peaks, spoon into a frosting bag (or my fancy way- into a large ziplock Baggie with a very small part of a corner cut off) and swirl into small dollops- about 2 inches wide and high- with an nice between. They will expand a little in the oven. Now, with a sifter, dust the tips with a little instant coffee/VIA for prettiness.

Bake about 30 minutes and check often throughout. When done, open oven door and let cool in oven for 15 minutes.

The instant coffee/VIA and vanilla addition is optional- another idea is pomegranate juice (fresh, straight from the pomegranate) or any kind of flavorful juice like that. Play with it!
Enjoy with friends.

So M gave me a small challenge this weekend- to bake a sweet treat of some sort! She was nice enough to give me some options, and when I saw Snickerdoodle Blondies I jumped at it! Here’s how that conversation went:

Props to Lisa for creating this fantastically delish recipe!

It took me 10 minutes to prep, 35ish in the oven, and no time in the store, because I had everything in my pantry!!!! This is huge. I never have all the ingredients for a recipe in the house, I always have to run to the store- so this was extra exciting for me.

First you mix the dry goods (flour, baking soda, and salt) in a small bowl, then the butter, brown sugar, eggs, and vanilla in the mixer.  Once that’s blended, add the flour mixture and mix until smooth. While that’s blending, mix the cinnamon and sugar and set aside. Then, scoop and smooth batter evenly into a greased 9×13 baking dish, then sprinkle cinnamon sugar mixture and bake at 350 for 30 minutes or so.

See how short and sweet the instructions are?!?! 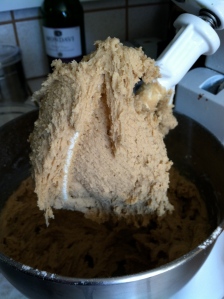 Gotta taste the batter…..It’s so yummy!!! 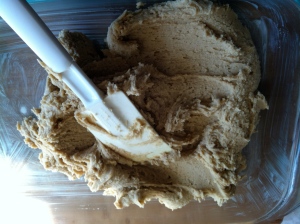 It’s quite thick and sticky, but be patient! 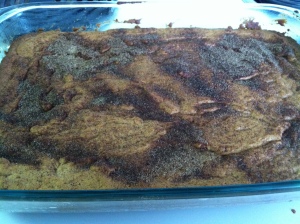 It made quite a lot!

I thought I cut them fairly small, but they’re very sweet, so next time I might cut them a bit smaller, maybe bite size. Although, I can forsee that being a huge problem too….if they were bite-size, they’d fit into baggies to carry around and nibble on…..Hm. There’s an idea….

The thing I love about these bars is that they could be served so many different ways! We just ate them plain the first time, hot out of the oven. Delectable.

I also had one tonight with a cup of coffee….dipped it right in there just like you would with a biscotti (but this is way better…like a cross between biscotti and coffee cake)

I want to try serving them hot with vanilla bean ice cream on top.

Or cut them a little bigger and make homemade ice cream sandwiches.

The possibilities seem endless….and slightly problematic since they could be served at any time of day haha 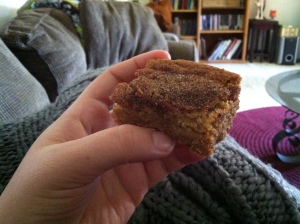 I also rearranged my living room this weekend….and rewarded myself with an extra snack 🙂

This will be my new potluck dessert.

Preheat oven to 350 and lightly grease a 9×13 pan. In a small bowl, mix flour, salt, and baking soda. In a mixing bowl, mix butter, brown sugar, eggs and vanilla and mix until smooth. Then add the flour mixture and mix again until smooth. Then spread the batter even into the pan. Mix the cinnamon and sugar in a small bowl, and sprinkle all of it over the batter in the pan. Then bake for 25 to 30 minutes or until the surface springs back when you gently touch it. (Mine ended up being in the oven for closer to 45 minutes) Cut them while they’re still warm from the oven and serve!

I made mine yesterday afternoon, and they’re still nice and soft…..maybe I’ll have just one more 😉

I am not an early riser (aside from work). I love not having to set my alarm, being able to sleep as late as I want….it rarely happens, but I love it. As you’ve seen in M’s posts, she is the very definition of ‘early riser’. When we both lived at home and shared a room she would try to wake me up at oh-dark-thirty to go for a jog. (C’mon, Kate! You’ll feel sooo good after!) Key word here being ‘try’. I think she got me up maybe twice.

So when my brain was done sleeping at 4:30 this morning after sleeping for three hours, I laid in bed til 6 just on principle.

Once I did get up, I just wandered around my house taking pictures of things that I like. 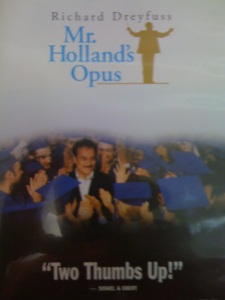 Fantastic movie. Makes me cry every single time. But that’s just the kind of person I am.

My best friend in the morning!

5. This plaque my dear hubby carved for me when we were dating! (the VOWELS of our relationship: lAugh, lEarn, lIve, trUst, and lOve. I love him.)

I have to brag just a teensy bit! He carved this out by hand and painted the words himself 🙂

Just some things I found while meandering about my house this morning at oh-dark-thirty 🙂 Happy Saturday!